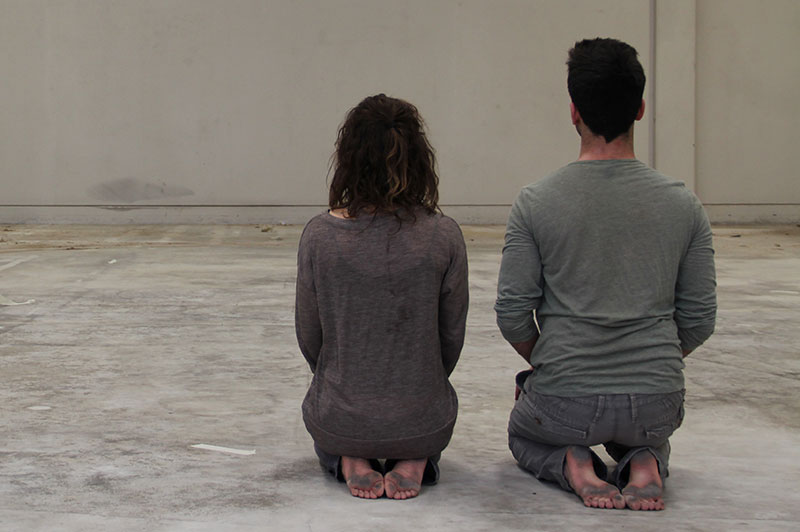 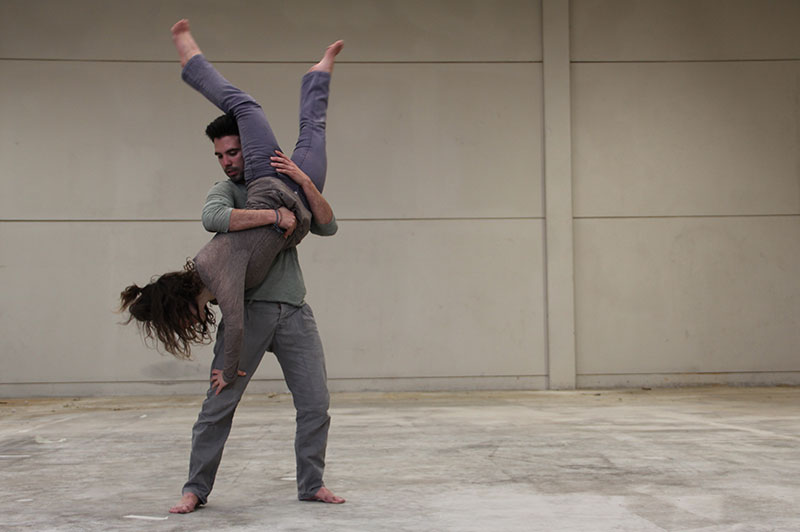 Indra Dance Company, present their 2nd large scale piece Been Twice. Indra was founded by Daniel Navarro and Anna Borràs in Barcelona in 2010.

Been Twice displays a a physical debate between two dancers who try to replace each other’s body.

The raw relationship of the two bodies is highlighted by the difficulty of a fighting with a limp body, to bring it to life by any means possible. The audience are subjected to the battle of drawing life back from death. The desire to survive.

When two people form a strong unbreakable connection there is an initial feeling of uncertainty as they leave their original state as two separate bodies. Little by little, they discover that through new experiences and connecting with other individuals, they are able to survive without that all encompassing unity they had being at the beginning. They are no longer united by touch alone but through a special sense of electricity that is precisely the connection they have established from the beginning. It makes them stronger – to the point they can exist thousands of kilometres apart but still feel the connection to each other, tense and electrifying. United in distance between space and time.

An excerpt of Been Twice has been performed in Bømlo and Bergen (Norway) in May-June 2015, it’s prémière has been in June 2015 at the 10th Edition: High and Lows at the 4Bid Gallery in Amsterdam (Holland).

An excerpt of Been Twice has been performed in Bømlo and Bergen (Norway) in May-June 2015, it’s prémière has been in June 2015 at the 10th Edition: High and Lows at the 4Bid Gallery in Amsterdam (Holland).

We use cookies on our website to give you the most relevant experience by remembering your preferences and repeat visits. By clicking “Accept All”, you consent to the use of ALL the cookies. However, you may visit "Cookie Settings" to provide a controlled consent.
Cookie SettingsAccept All
Manage consent

This website uses cookies to improve your experience while you navigate through the website. Out of these, the cookies that are categorized as necessary are stored on your browser as they are essential for the working of basic functionalities of the website. We also use third-party cookies that help us analyze and understand how you use this website. These cookies will be stored in your browser only with your consent. You also have the option to opt-out of these cookies. But opting out of some of these cookies may affect your browsing experience.
DESA I ACCEPTA